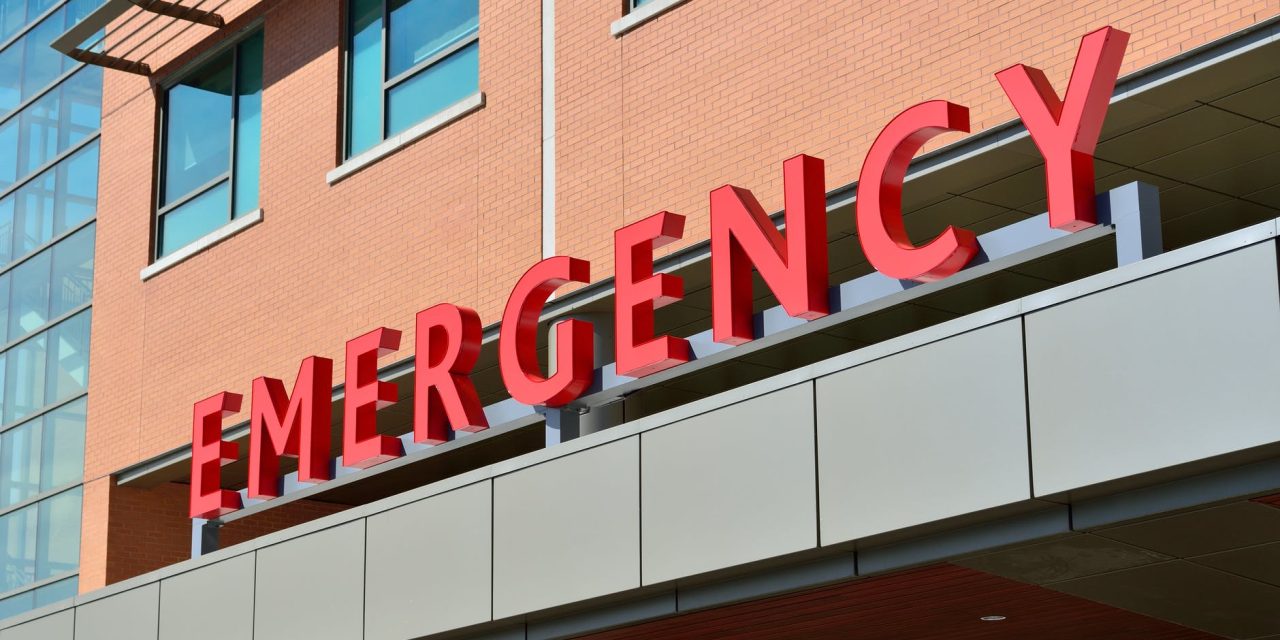 ‘We are struggling with each shift. At the best of times we struggle, but it is worse right now: There are a lot of staff with COVID or isolating’

And, on 16 separate occasions in December, the emergency room at Mackenzie’s hospital had to close — sometimes for a few hours; once, for a full 24 hours. There simply weren’t enough staff to keep the doors open.

It meant, said Mayor Joan Atkinson, anyone who needed care had to get in the car — or call an ambulance — and drive the 180 kilometres to Prince George.

“It has been a huge concern, but unfortunately one that we share with many, many other communities.”

Even at the best of times, staffing shortages have put a strain on medical care in small and remote municipalities. In Mackenzie, all COVID patients are already sent to Prince George, and the pandemic isn’t to blame for the community’s lack of services, Atkinson said.

But, in other areas, in big and small cities across the country, the pandemic has intensified staffing shortages to the extent that, in some cases, governments have had to back down on vaccine mandates for health-care workers in order to keep the doors open.

“In rural Alberta, it’s a crisis,” said Heather Smith, president of the United Nurses of Alberta. She said some of her staff are working 16-hour days — double the usual eight.

Even large, urban hospitals and medical systems have been strained by lack of staff. While news about staffing shortages due to COVID-19 infections among health-care workers and burnout have become commonplace during the pandemic, officials are raising the alarm again amid record numbers of cases due to the highly transmissible Omicron variant.

Provinces across the country have suspended services because of a lack of staffing and, in some places, closed facility doors entirely in order to redeploy staff. Ontario, starting Wednesday, halted non-urgent surgeries until Jan. 26.

“With the numbers of hospitalizations increasing rapidly we will, unfortunately, need the bed spaces, as well as the staff, in order to be able to treat people with Omicron and whatever else comes in,” Health Minister Christine Elliott told reporters.

In Fort Erie, Ont., an urgent health centre — a cross between a walk-in clinic and an emergency room — has closed the doors because of staff shortages, and the redeployment of nurses and doctors to other emergency departments.

Hundreds of staff at hospitals in Ottawa are in isolation due to COVID-19.

“We are struggling with each shift,” said Ottawa nephrologist Dr. Swapnil Hiremath, who works at The Ottawa Hospital. “At the best of times we struggle, but it is worse right now: There are a lot of staff with COVID or isolating.”

On Thursday, nursing unions in Ontario were expected to join with political leaders to demand the recall of the legislature to debate the staffing crisis.

In Fort Saskatchewan, an Edmonton bedroom community, birth-related services have been suspended.

In Quebec City, the hospital network has delayed 10,000 medical appointments, so that 50 nurses can be redeployed to treat COVID-19 patients. The region is already grappling with staffing shortages.

“The number of outbreaks and the absence of employees affected by COVID-19 is high,” Robert Maranda, a spokesperson with Quebec’s health ministry, said.

It also means Quebec may unilaterally cancel vacation bookings for staff. In health-care regions around the province, hundreds are in isolation, and hospital networks are hundreds of employees short to fulfil staffing requirements. In the Quebec City region, more than 800 nurses are in isolation, said Jean-Thomas Grantham, a spokesman for the CHU de Quebec-Universite Laval.

“We have been forced to suspend the vacations of some of our employees due to the situation we are currently experiencing in our hospitals,” Grantham said.

It’s happened elsewhere, too, including in the CIUSSS de Laval, which cancelled vacations for 30 employees in a variety of health-care settings.

This has angered nursing unions.

Even before the pandemic, 83 per cent of nurses said there were not enough health-care staff in Canada to meet the needs of patients, says a June 2020 report from the Canadian Federation of Nurses Unions. Statistics Canada says that in the first quarter of 2021, there were 7,200 more open jobs for registered nurses and registered psychiatric nurses than in the same quarter in 2020; all total, the report said, Canada was short 98,700 workers in the health-care and social assistance sector.

In several provinces, the shortages remain, even as there are hundreds or thousands more nurses in the workforce than at the start of the pandemic.

In March 2020, Alberta, for example, had 29,200 nurses working for Alberta Health Services, the main body delivering health care in the province. (This would not include Covenant Health, the Catholic health board). By November 2021, roughly 1,000 more had joined the workforce. Yet, Alberta Health Services was unable to say how many nurses were off, either sick or on holidays, at a given moment.

Similar trends are seen throughout the country; Quebec added a net of roughly 5,800 nurses to the workforce over a similar time period, Nova Scotia added nearly 500 and Saskatchewan, around 550. (Ontario did not provide figures in response to the National Post’s inquiry and British Columbia did not provide figures for 2021, saying only that, in 2020, it employed 50,501 nurses.)

But everywhere in the country, shortages, seemingly, persist. A survey from the B.C. Nurses Union, released in late 2021, said 68 per cent felt the staffing levels were inadequate, and 35 per cent of nurses said the pandemic experience made them more likely to leave the field in the next two years — including 51 per cent of ICU and emergency room nurses who said they’re more likely to leave their specialty.

The rates of nurses who are thinking of leaving is highest among those between 20 and 29, at 42 per cent.

The pressure of staffing shortages has also led to extraordinary measures in parts of the country. Alberta had vowed a vaccination mandate for Alberta Health Services staff; some 1,600 staff were put on unpaid leave in mid-December for refusing to get their COVID shot. But, the province, facing staffing shortages in late November, caved partially, allowing some 260 employees at 16 sites around the province to submit negative tests instead.

Quebec had a similar experience, backing off its proposed mandate in early November, when nearly 13,000 health-care workers refused to get vaccinated against COVID-19.

Some provinces, including Quebec and British Columbia, have even considered allowing COVID-positive health-care workers to stay on the job, in order to ensure adequate staffing levels. (Such proposals have been poorly received by health-care unions.) So too, has the decision to reduce isolation times in order to get people back to work. In several provinces, including British Columbia, Alberta, Saskatchewan, Ontario and Quebec, the isolation time for fully immunized people is now five days, not 10.

“It creates a sense of, maybe not fear, but certainly hesitancy for even members of the public, in terms of do they want to risk going to a health-care facility if you can’t be assured that in the health care facility people are appropriately protected and isolating and that kind of stuff? Right?” said Smith. 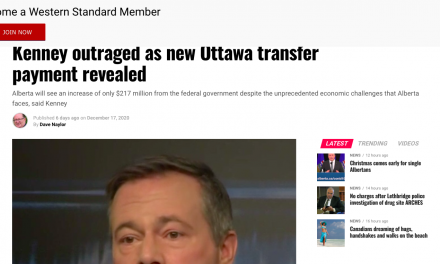 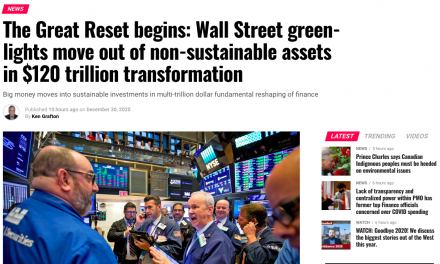 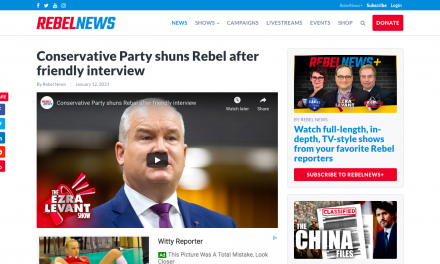 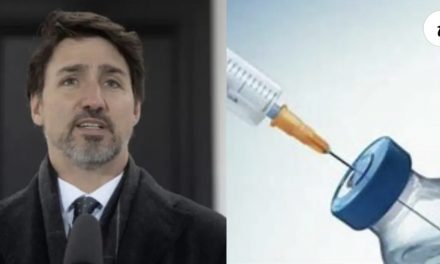